Before I even start this article, there’s an important point I need to stress.

Your Children Learn From You 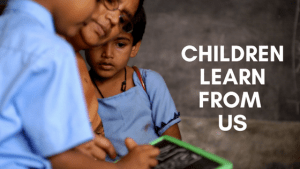 Or if you want a more scientific term for it, it’s called ‘mirroring’. Our brains are filled with mirror neurons, allowing us to learn from the world around us. We see our parents, our family members and we learn from them. This is how we learn to walk, talk, communicate and do everything else.

Basically, your children will inherit your level of emotional awareness around most topics. If that scares you, it shouldn’t. It means that you have a choice. You can choose how you approach every subject.

You’re a mentor to your children, whether you want to be or not. Whether you like it or not, you’re the person that brings perspective into the world for them. Now that we’ve got that out the way, let’s look at the Allowance Argument.

The Truth About Allowances 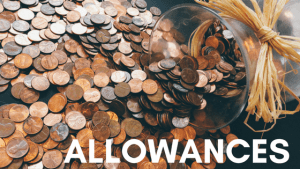 Money is a life-long journey that most people never wrap their heads around. That’s a hard statement to swallow, but just take a look at statistics from around the world. Most countries have a negative saving pattern. That means, most people rely on credit to make their ends meet at the end of each month. It’s scary, but it doesn’t have to be you. It doesn’t have to be your children, either.

Allowances are a great way of getting kids to understand how to manage money. Especially when they know that their money is limited, they become creative about how they’re going to use it.

The Downside to Allowances

The problem with allowances are the same problems that come with the formal economy systems of our world. The problems are called expectation and entitlement. When people expect things, when they believe that they’re entitled to things, they hand over a great big portion of their personal power, because now there’s no need to work as hard for something that is automatically coming in.

Here’s the dictionary definition for Allowances:

A sum of money paid regularly to a person to meet needs or expenses.

By looking at this definition, it’s easy to point out that everyone has needs. Even children have needs. But think about this, as cute as it is to give your 10 year old child an allowance each month, how cute would it be if you’re still giving them an allowance at the age of 35? There’s nothing remotely cute about that.

It’s the employee mindset – do enough to get what we’ve agreed to receive. Having a regular allowance can lead to this sort of thinking around expectations and entitlement. If we’re going to change the way the world operates, we need to change the way our children think about money. 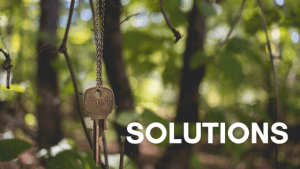 Allowances don’t have to be a bad thing, just don’t call them allowances. Dave Ramsey discussed the idea of calling it a ‘commission’ instead of an allowance. I think that’s great, as long as it follows a commissions structure and other technicalities. Let’s look at a couple of ways to change the way your child looks at money 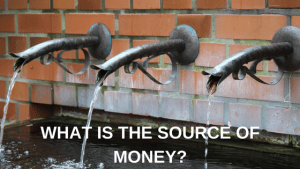 Money doesn’t grow on trees. You, like me, may have heard this growing up. So where does it come from? People. Other people. Not just parents, but all people. But how do we get people to hand it over? 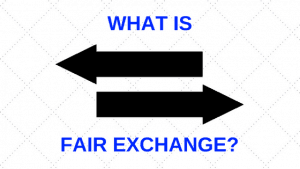 The best definition for fair exchange comes from the film adaptation of Les Miserables. 13 year old Gavroche is sent to deliver a note to Cosette’s father. When he arrives with the note, he holds out his hand and says, “Something for me. “ The gentleman places a coin in his hand and Gavroche hands him the note. “And something for you. Who needs charity?” He turns and runs down the stairs.

I love this scene because I believe that when things are fair and equitable we have sustainability. Sustainable practices can go on forever.

When children learn that everything is an exchange they begin to see that the world is a place where things move in two directions. The problem with allowances is that they only move in one direction.

What is being exchanged for the allowance money?
What is your child giving for the money they’re receiving?
Some children argue that they work hard at school and the grades that they work for warrant their allowances. I don’t agree. The amount of money parents fork over for education is a reward in itself. Sure, you could “reward” your child for doing well at school, but don’t give them a steady allowance for grades that shift each week. Adjust it accordingly. This is another approach.

I still don’t like the idea of rewarding academic results. At no point in the real world do you receive monetary rewards for passing tests. In the real world, money is exchanged for things of value.

What is value? It’s the beating heart of industry. It’s the thing that really changes hands in every monetary transaction. Show the average 8 year old a fistful of money and a fistful of chocolates and they’ll pick the chocolates. Money in itself holds very little value…it’s the things that we can do with money that hold value.

So, where’s the first place value appears? In solving problems for people. 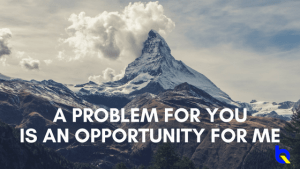 Every problem that we solve creates a new problem at a higher level of existence. Buckminster Fuller pointed out that in the 1960s the average poor person lived better than the kings and queens of the 1400s. People solve problems and improve everyone else’s life in the process.

That’s where the money making opportunity lies. It’s about creating something of value. Creating something that solves a problem for people. The more problems you can solve for people, the more valuable your skills or your product become and the more people will pay for your skills and products. This is the opportunity you have of creating wealth.

When children stop seeing themselves as gift-receivers and instead see themselves as the problem solvers, they empower themselves. Isn’t that what every parent wants – a child that is prepared for the world ahead, regardless of what happens to them?

Let’s look at a few questions you can ask your children to create this new sort of awareness around their own opportunities.

I’d start by sitting your child down and explaining what sort of budget you can dedicate to their cause. Be honest. Be clear. Tell them how much you have, but explain that you can’t just hand it over for nothing in return (at no point in life will people give without a purpose, unless it’s charity and you don’t want your children relying on charity to survive…that negates their powers of creativity).

Sure, the first place most children will find an opportunity is doing things like chores. This is great. Let them understand the problems that they’re solving for you by doing chores. However, please don’t pay them for making their own beds and cleaning their own rooms. That’s about responsibility.

After they’ve been able to successfully solve problems at home, it’s time to expand their awareness:

Trust is a big part of solving problems for people. However, that’s a discussion for another time. I’ll leave it on this point, transactions move at the speed of trust. The more people trust you, the faster you’ll do business with them. The same goes for your children.

After they’ve practiced solving problems here, why not draw their attention to school? Their school is a great market for them to tap into. And the best part about school is that they learn very quickly that without fair exchange, they’ll develop a reputation where people will avoid them.

Wisdom from Naveen Jain to His Children

To Naveen Jain, sending rockets to the moon to collect meteorites and solving the world’s biggest health problems are every day passions he currently explores. However, he didn’t grow up with the much in the way of money. He grew up with something far more valuable: seeing integrity in action.

His father defied an environment that encouraged bribery, in order to safekeep his integrity. With a foundation like this, it’s no wonder that Naveen Jain has achieved massive impact in the world today. So, what does he teach his own children?

In his powerful interview at the Bulletproof Conference, he pointed out that his children have grown up in an affluent home. Money has never been an issue for them. This is remarkable, considering that Naveen Jain went to America with five dollars and spare change to his name.

So how does he raise his children to ensure that they don’t misuse money? How does he keep them humble?

“I teach my children that your self-worth is never tide to money. Your self-worth comes from what you create in the world. You can have all the money in the world, but if you aren’t doing something to make the world a better place, you may have money, but you’re a waste of space.” 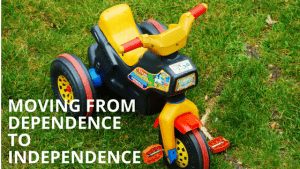 In the natural world, every creature begins life as a dependent and moves its way into independence. Within a year, goslings are let loose and are ready to fly away. Within a couple of hours, wild dog pups are ready to run (they’re also born with teeth). The readiness really depends on the creature’s lifespans.

Human children take a lot longer to rear and prepare for the world. However, there’s a lot more for them to learn. Everything, even bacteria, moves from dependence to independence. Keep this in mind with your children.

Ask yourself this question: “By doing this today, am I helping my children become dependent on me, or dependant on themselves?” 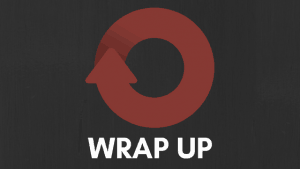 You love your children. You want to give them what you didn’t have as a child. You’ve come a long way and you’re able to provide for them in ways that your parents couldn’t do for you.

But think about it this way, is giving them an allowance and spoiling them about them…or is it about you?

If it’s truly about them, then look into the future and picture them there. Have you equipped them for the future? Have you given them a realistic understanding of how the world works?

Today is the perfect day to stop being nice to them and start being kind to them. Kindness may not be pretty, but it’s real, it’s fair and it’s honest. Most importantly, it will prepare them for whatever comes in the future.