Teaching children the power of Return on Investment

There’s nothing more inspiring than finding someone with a vision so compelling that they do nothing but work towards that vision, every day. These people, adults or children, create momentum in the world around them. They inspire us all to get out into the world and compound our efforts into some tangible legacy. They understand that anything they put their time, energy, attention or money into is an investment.

We all know growth when we see it.
We all know something sustainable when we see it.
We all know an act of selfless servitude when it shows up in front of us.
These noble actions connect with something deep within us all, a willingness to stop thinking all about ourselves and start looking at the world around us. Actions are contagious, especially when we’re making a difference to the world around us. But can we truly make a difference to the world in the long run? 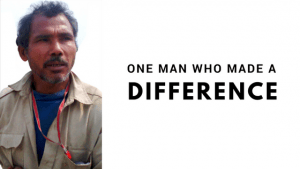 Jadav Payeng did. In 1979 he decided to plant a tree, every day. Every day he planted a tree or seeds in a barren wasteland that was eroded from deforestation. By 2012 he had created a forest bigger than Central Park. How could one man have managed to do so much? That’s really the point of this article.

How do we learn from Jadav, who accomplished this miraculous feat?
Can we draw lessons and principles from what he did?
Can we can teach our children to harness the brilliance of the directed human spirit from a great example like Jadav?
My gut says that we can.

Cards on the Table 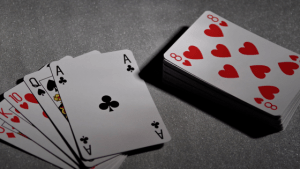 The important things to remember about Jadav’s achievement was that he is not superhuman. He had help and technically he didn’t plant every day. I tell you this not to discount his efforts, but to pull them out of the realm of the miraculous and into the potentiality of your hands. You and I can achieve just as much, if we want it as badly as he did. Let’s look at some of the principles learned from Jadav’s example. 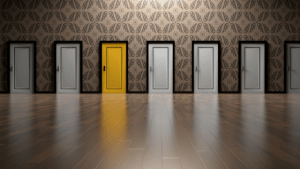 In 1978 Jadav returned home after his schooling to find dozens of snakes washed up dead on a nearby riverbank. Shocked, he visited the local villagers.

‘What happened to these snakes,’ Jadav asked. ‘Why did they die?

They explained to him that the recent rains had washed them downriver, but without tree cover and food, these snakes had no chance of survival.

The villagers lamented that the real problem wasn’t the snakes dying, it was the deforestation. Years before, the area had been vastly exploited for its wood. In 1965 there was a historic flood that decimated what remained of this area’s forest, turning the soil into silt.

According to the story, the locals convinced him that the solution to his pain of watching these snakes die would be to plant a forest.

‘Trees bring insects,’ the locals said. ‘insects bring birds and birds bring nests with eggs for the snakes to eat.’

They gave him 50 seeds and 25 bamboo trees, as the story goes. 4 decades later he’s created a forest that’s home to not just snakes but an array of other animals, including some endangered species. What was once eroded sand bank is now called Molai Forest.

Guiding Our Children to Choose a Worthy Investment

It was in Ethan Hawke’s Rules for a Knight where he wrote the following:

where we feel injustice has happened is where we find our crusade.

Every child has something that really makes them angry. There’s always something that makes someone feel the world is an unfair place. Give notice to watch really winds your child up, but pay close attention to the things that don’t personally affect them that they harp on about.

These may turn out to be the causes, the crusades that will one day drive them. Every worthwhile cause needs to be seen as an investment. Whether they put their money, time or effort into pursuing it, they’ll need to know that there is some sort of change that they’re after. Something that will begin to grow from their efforts.

You can help them find these by asking them the following questions.

Questions to Help Your Children Find Their Cause

If your child hasn’t found a cause that they can personally do anything about, give them time and they will eventually find something. 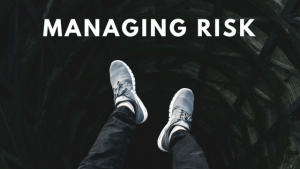 There was no way Jadav could have known that his trees would grow and it’s not like he didn’t face adversity either. But Jadav managed his risk. He knew the area well and what he didn’t know about planting and climate he learnt from his neighbours. He controlled what he could and left the rest to nature. This in itself is one of the biggest lessons we can learn from him.

Teaching Children about Risk and Control

Everything is a risk.
Getting out of bed in the morning.
Crossing the street.
Taking a bath.

The reason why we choose to live our lives (instead of cowering in a dark corner, paralysed with fear) is that we quickly learn how to minimise our exposure to risk. We learn where we have control and exercise it to keep ourselves safe. We learn what we can gamble on and what we can’t. When your children have chosen a cause that they’d like to pursue it’s a good idea to bring their attention to the risk involved in pursuing it and then the control they have to manage the risk involved.

Here are a few questions to bring your child’s attention to the risk of their cause: 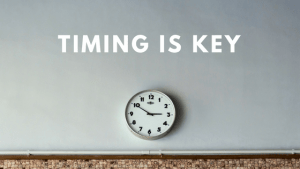 The next year, in 1979, Jadav started planting the trees and sowing the seeds. He did this in the fertile months of the Indian summer, between April and June. This required patience, but months later, his efforts were beginning to pay off, when everything began growing and spreading.

Patience is difficult for most children, but it’s a skill that can be learned. It’s also one of the markers of successful people. The achievers of this world can take a breath and let things slide, gaining control of their emotions and waiting for the ideal time to strike.

Ask your child questions about timing to open up their awareness to the consequences of impulsivity and the joy of ideal timing:

There’s a thousand more questions you can ask them. The point is simply to draw their attention to the fact that doing something today that you will have to start over again tomorrow may not be the best use of their time and effort. 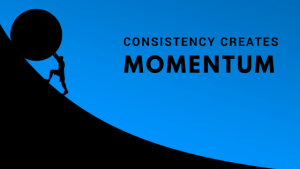 The reason Jadav was so successful was because he compounded his efforts. He did a little bit each day, allowing the weather, the soil and other elements to take care of the rest. A little bit of directed effort, every day. Soon enough, the forest began to grow itself. Nature doesn’t need a second invitation. It just needs a place to start.

Guiding Children Through Consistency Towards Momentum

Consistency is tough. It’s something that even adults battle to master. However, it isn’t impossible to achieve. To get the most consistent actions from your children, make their efforts small and manageable.
You know their schedules.
You know how busy they are and what they can handle.
Don’t let them get ahead of themselves with the excitement of a new project. Be realistic in the allocated times by asking them:

Five minutes of effort every day is more powerful than 1 hour a week. This is the compound effect. Looking back on a year’s worth of five minutes each day, your children will be astounded at what has happened. 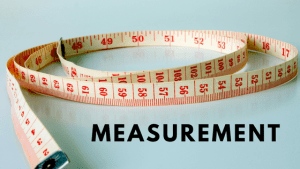 At some point Jadav must have looked around and seen his forest growing. He says that in the beginning the planting was slow work, but soon the trees would give him seeds and he would use those seeds to plant more trees. Imagine that moment for him. It was where he could see that all his effort wasn’t in vain.

Teaching Your Children to Measure Results

Tangible results are things we can all see. It’s the intangible results that are hard to keep track of. If your child has a cause that’s filled with intangibles (things like growing in courage and other character traits), it’s important to ask them questions that will help them see that they have grown and that this journey holds a return on their investment of time and energy:

Look for positive changes and growth, no matter how small they are. And then celebrate them. These little victories keep us in the game. Gratitude keeps us having fun (I talk more about gratitude in this article).

Years after beginning his planting ritual, Jadav noticed animals appearing in the forest. Today there are herds of elephant that visit the Molai Forest each year. Royal Bengal Tigers, hundreds of deer, cows, pigs, buffaloes, pelicans and vultures live here, too. He’s also garnered numerous awards for his country and even a few cash prizes for his efforts.

Today, people know about Jadav and Molai Forest because of his friend Jitu Kalita. Jadav initially attacked Jitu when he saw him approaching the Molai Forest. He thought that Jitu was a poacher, searching for rhino or elephant. He soon discovered that Jitu was a wildlife photographer and told Jitu his story. The rest became history. Jadav even has adverts that have used his story to sell their brand.

When Jadav started on his crusade, he couldn’t have foreseen all that has happened. But, with a bit of deliberate effort each day, he has created a ripple of benefits for the snakes he looked to rescue, for his community and for his country. In fact, the entire world is richer for his efforts.

This is precession. Small ripples that start with our actions and have wide-reaching consequences for the entire globe. Today, millions of people that Jadav hasn’t met have been inspired by his decision and his compounded efforts. Precession happens in ways that we cannot foresee, even in a conversation on a Friday afternoon that led to this article. 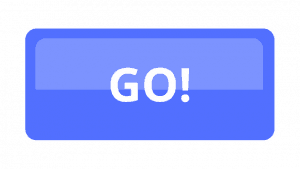 Too often a great idea is opposed by the fear of not doing it right. Don’t let this stop your children. Let them make mistakes. Help them learn from these mistakes. Let them live their lives learning as they go along, laughing at themselves as they go.

Until next time, remember…

If you’d like to know more about Jadav and his incredible story, check out these sources.