Are you Winning the Battle or the War? 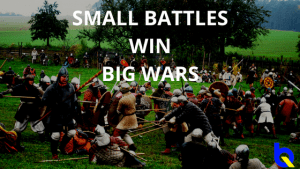 Each soccer match is a battle. The results at the end of the game tell us a story, but is it the full story?

The war is the big result that we’re after. It’s the reason why we started playing as a team in the first place. It’s the answer to this question: “What are you truly thirsty for?”

Every match tells the story of where you’re at in relation to the large result you’re after. Like a battle, we took severe knocks that sent us home…but didn’t defeat us. Because, while the war may be final, the battle is temporary.

Not Working? Try Something Else 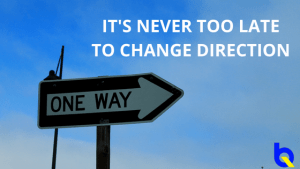 Once at a seminar, Doug Nelson said these words in passing, “Okay, fine. It’s not working. Time to try something else.”

Trying something new doesn’t guarantee success, but it’s often when you’re closest to finding a winning formula that it’s easiest to feel discouraged. This is when you need to remember why you started doing what you’re doing in the first place. What were you thirsty for to begin with? 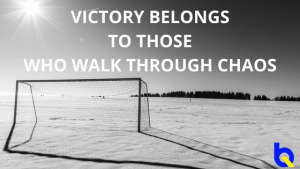 Four days after we were thrashed 11-0 we faced a local rival. It was our final game of the season. There were no early morning practices. There were no pregame messages and huddles to discuss tactics.

However, this time, taking all the learning that we’d accumulated and lumping them into a new plan, we looked to tell history to bugger off.

We used the history of our previous matches to maximise our players in each position. The game started off tight, but by the end of the first half we were losing 1-0. This already was an improvement! But, we didn’t stop there. This game was different. We were gelling as a team. We were working together. We didn’t deserve to be a goal down.

The plan changed. Now it was about staying tight in defense, but to attack and score on the counterattack. It was time to take the game to the opposition.

Halfway through the first half we had a corner. One of our best players stepped up to take the cross. He struck the ball, curling it straight into the goals. We celebrated!

1-1, but we weren’t done there. Shouting from the sidelines we encouraged a rather timid striker to take as many shots as he could in front of goals. He fumbled a few times, doubt overtaking him in this new position.

Minutes later, a ball was sent over the opposition’s defensive line. Our striker ran onto the ball. He outpaced the defenders. His first touch was great, but it was leading him away from the goals. The goalkeeper followed him, closing his angle. Without a moment’s hesitation, he used his left foot and guided the ball into the opposite corner.

I watched, waited an interminable minute for that ball to whip the back of the net. The goalkeeper tried to cover the ground, but he couldn’t. It was a goal! 2-1! I ran onto the field to celebrate with our players. Still now I can feel the gratitude, excitement and thrill of that moment. We went on to hold the result. But more than that, we crowned a season of learning with a fine win.

Eventually Something Has to Yield 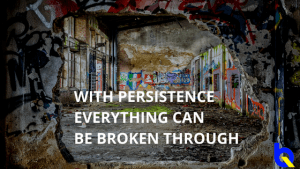 History doesn’t have to be the monster we make it out to be. Not if we’re open to learning from it. Not if we’re patient and remember what we were thirsty for in the first place. If we keep changing our approach, we’re bound to find new results. They are feedback…not to our characters, but to our attitudes, behaviours and ideas.

Until next time.
Be yourself…
Be Brilliant!