The Qualities of Success Series: Part 3 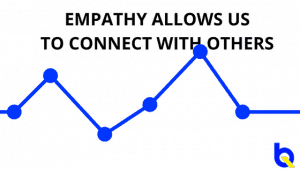 Have you ever felt what someone else was feeling? If you have, then you know what empathy is. In a nutshell, empathy is the connection to another person, established through understanding their feelings and their needs.

At the pace the world currently moves at, it’s difficult to connect to people. We’re always moving, always chasing something. When we exercise empathy, we stay in the moment with them and understand where they are and what they experiencing.

Empathy let’s us celebrate with other people in the good times and mourn with people in the bad times. Let’s revisit Rachel and Rebecca to see empathy in action. 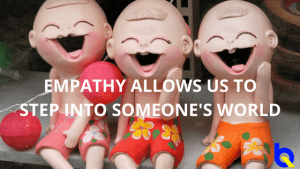 There’s no inbetween. One minutes it’s dark and the next minute, the light is blinding. Rachel shields her eyes as the rickety steel door opens.

“Time’s up,” says Denise. Rachel doesn’t like prison guards, but she respects Denise. Denise is fair and she doesn’t cut corners like the other guards.

“This one went quickly,” says Rachel.

Rachel stands up and steadies herself. “Well, then, I might as well get ready. Because it’s going to happen again.”

“I don’t get you, Rachel,” says Denise. She shakes her head. “No one likes spending time in solitary confinement. And as much as you want to tell me that you do, I know you don’t. It’s miserable and it’s cold and it’s the closest thing to inhumane treatment we have.”

Rachel shakes her head and looks the other way. “She had it coming.”

“She had it coming? So the next time someone scores twenty points against you in a game of basketball, they’ll have a beating coming to them?”

“She kept going on about the points. She kept throwing it in my face.”

“Rachel, every time you do something like this, your prison sentence gets stretched out further.”

“I don’t care,” says Rachel. But she does. She cares a lot. Basketball has always been her favourite game. As a little girl, there were only two reasons why she went to school. Basketball and her best friend, Rebecca.

It’s the championship game and Rachel is ready. She’s on the starting line up for a change. And she’s earned her place. She may be stubborn, but she’s done everything coach said.
Coach told her to change her attitude and she did.
Coach told her to watch her temper.
She has.
Now’s the game. She’s playing defense against one of the strongest schools in the district. This is the moment. It’s time. She’s been practicing for weeks now. She’s ready.

But five minutes into the game, Rachel knows that she has a problem. There’s a girl on the attacking team and she’s good. In fact, this girl is better than Rachel. She’s tall, she’s quick and she’s accurate. At the end of the first half, she’s snuck past Rachel half a dozen times and she’s got points on the board.

Rachel is losing her cool. The girl doesn’t even acknowledge her. She doesn’t even say a word to her. Worse, she celebrates every point, looking into the crowd and smiling as if she owns the support. Rachel is angry.

The second quarter starts and the girl gets the ball. She starts running down the court. Rachel doesn’t even try and get the ball, she leans into the girl, raising her elbow. There’s a squishy sound as cartilage is broken and then the girl hits the deck. There’s blood everywhere. The ref sends Rachel off. But she’s smiling. There’s nothing like stopping someone who’s making your life difficult. 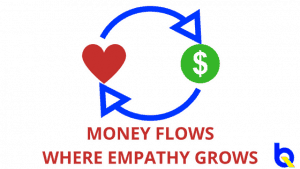 It’s Friday and Rebecca is celebrating her company’s new mobile app. In the first week of launching it, there have been 100 000 downloads in the app store.

“You did it, Rebecca,” says Stacey. “I had my doubts, but look at these results. You know how to make magic happen!”

“It’s not magic,” says Rebecca. “It’s the power of people. Everyone has a problem and if you can feel that problem, you can own it and you can do something about it. That’s what our app is doing. It’s something I learnt when I used to watch my best friend play basketball.”

Stacey says something, but Rebecca hardly hears her. She’s far away now. So far away that she might as well be…

13 years old. Yes, she’s thirteen again. She’s watching Rachel play basketball. She shows up for every game. She knows Rachel’s parents are never going to be there. So she makes an effort to be her support. Not that she needs a reason. Rachel is an amazing player and watching her is inspiring.

The more Rebecca watches the games, the more she begins to understand the people playing it and the people watching it. Seeing a game of basketball from the stands is a little like watching the world in action. Today, within five minutes she knows that Rachel is angry and losing her cool. She feels that anger boiling over inside herself, even though she’s not even playing.

“Why’s she angry?” Rebecca whispers under her breath.

And then she sees it. Rachel is angry at one of the opposition players. Rebecca’s eyes pan across to the other team and she sees the player. The girl is tall and fit, but she’s no match for Rachel. There’s something about the way she’s playing that makes Rebecca think there’s more to this story. There’s some sort of anxiety about her. Rebecca watches the girl closely for the next five minutes. And in watching her, she understands everything.

While Rachel sees an opponent who is making fun of her and making her life difficult, Rebecca sees the truth. She sees a girl who is desperately seeking her father’s attention, by being the best basketball player on her team. All she wants is love. All Rachel wants is respect.

“Everyone’s got their struggles,” says Rebecca.

The Power of Understanding People

Relationships are a line of communication. They teach us about ourselves in ways that we could never understand. Empathy, is your ability to relate to other people. Empathy is the foundation of tolerance and patience. It starts with understanding that no one thinks exactly like you. It’s then followed by understanding that everyone is dealing with their own issues.

Here are a few question to inspire empathy in your children, when they’re relating to another person:

Empathy lies in the values, needs and driving forces that we all have. When we teach our children to tap into empathy, we give them a chance to build it into the connection that bridges the divides that fear and greed create.

Until next time…
Be yourself,
Be Brilliant!