The Story of Hope 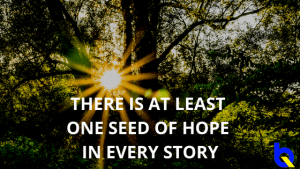 If you haven’t watched Southpaw, I highly recommend it. There’s nothing quite like watching an inspiring film. It does something to our bodies, our minds, our attitudes and our spirits. It changes the way we see the world. It challenges what we believe is possible.

To me, that’s what Southpaw did. But the question was how? In this article, I’ll explore a few key components of the Southpaw story. Every one of us has our story. And every story has multiple opportunities immersed into it. Decision will be made. Actions will be taken…or avoided. And at the end of the day, we’ll look ourselves in the mirror and we’ll have to take stock of ourselves. 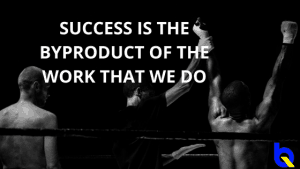 To some degree, we all know what success looks and feels like. Every one of us, whether we can admit it or not, has felt the comfort and excitement that comes with success. Billy Hope (Jake Gyllenhaal) is on top of the world. He’s the Light Heavyweight World Champion of boxing. He has everything, including a wife and daughter that he loves. 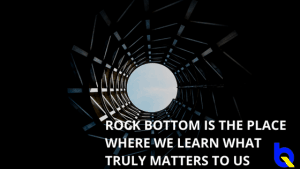 After an unfortunate and heartbreaking series of events, Billy’s world crumbles. He loses his wife, his daughter and everything that came as the result of his successes. He hits rock bottom…multiply times. The beatings that he took in the boxing ring are nothing compared to the knockouts that he’s taking now. He’s defeated in every sense of the word. 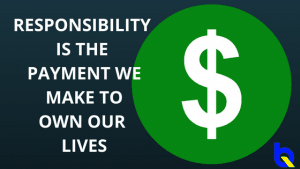 When Billy Hope hits rock bottom, he does something that he’s never done before. He takes full responsibility for every single one of his actions. 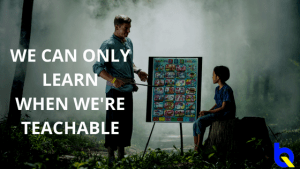 After Billy hits rock bottom, he realises that he doesn’t have all the answers. He understands that he needs help. He needs guidance. He needs to know where to start. The moment that he takes responsibility for this is the moment that he’s teachable. That’s when he finds his teacher…his coach, Titus “Tick” Wills played by Forest Whitaker. Initially, Titus doesn’t want anything to do with him. However, Billy’s humility eventually wins Titus over.

We cannot be taught until we are teachable. This is when we’re ready and receptive for the learnings we are going to create. Jiddu Krishnamurti once said, “Together the teacher and the taught create the teaching.”

Together, with our teachers, we create the new learnings that will take us to new places, new successes that we didn’t know possible. 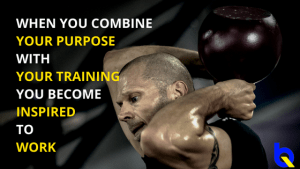 Billy Hope eventually starts training for another title shot. He’s got six weeks to train. He’s not ready and he knows the odds are against him. The match is going to be an entertainment spectacle. He’s being set up for failure. That’s what the world thinks. But they’ve made one mistake. They’ve overlooked why Billy wants to fight this fight. They’ve forgotten to check in with Billy Hope. If they did, they would show him more respect. They would train twice as hard. But they don’t. You see, Billy Hope is fighting for his daughter. He’s desperate to get her back. If he doesn’t get his career back on track, he’ll never afford a home where he can raise his daughter. He’ll never be considered fit to be a father.

So, Billy trains.
And trains.
And he trains.
Not for himself.
Not for the title.
Not for any accolade.
Billy “The Great” Hope fight for his daughter.

When we understand our purpose for training, we become inspired to work. Do you understand your purpose? Do you know why it is that you do what you do? 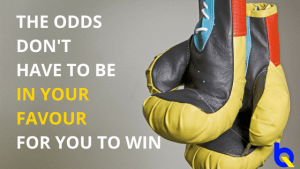 The big day arrives. The title fight. The spectacle. Billy is a new fighter. He has no gimmicks. He has no swag in his walk. He has determination and focus. He’s calm. He’s humble.

He steps into the ring and immediately, he’s pounded from every angle. Miguel Escobar is fit, strong and explosive. He pummels Billy from every angle. Round after round, he takes Billy to new levels of bruising.

However, Billy has something that Escobar doesn’t. He has rock bottom. He’s been through the ashes and he knows what it’s like to have your ego crushed. He knows what it’s like to go to that place where you rediscover your essence. Your spirit. It’s here that Billy fights back. Using his training, he becomes the fighter he needs to be in this moment.

The tactician.
The disciplined, humble boxer he was trained to be.

The match ends and Billy regains the title. He cries in this moment. For the wife that he lost. For the victory that he’s gained. For the daughter he knows he’ll get back. He cries for all the hurt and the wonder and the joy of living. He cries the silent tears of a champion.

We cannot overcome the odds without training. And we can’t overcome the challenges before us without first going through the process that Billy went through. These steps shape us into the champions that we become.

What process are you going through?
What choices have you made today?
Which path have you chose to follow?
And why are you doing it all?

Keep asking yourself these questions and the answers will come. And then you, like Billy Hope, will not what it means to be inspired by something greater than you. You will know what it means to hope again.

Until next time.
Be yourself,
Be Brilliant!