The Qualities of Success Series: Part 2 Standing in the Heat

Standing in the heat is simply your ability to stand by the decisions that you’ve made, even when the pressure around you is simmering. Eventually something’s going to give, but can you stand in the heat long enough to achieve your goals? Let’s revisit Rebecca and Rachel. We’ll use their experiences to gain perspective on pressure.

Standing in the Heat is Hard 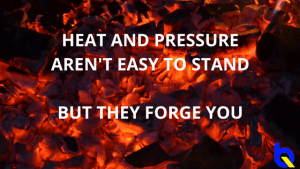 It’s 1995 and the girls are about to go to their first school dance. There’s a lot of hopefulness in the air. Being thirteen is like finally being tall enough to ride that rollercoaster you’ve had your eye on for years. Being thirteen is the first invitation to the freedom of being an adult.

“I know James is going to ask you,” says Rebecca.

“Shut up,” says Rachel, going red in the cheeks. “Why do say that?”

“I think he looks at a lot of girls like that. It would be great, but I don’t know if that’s going to happen. But I’ll wait and see. I want him to ask me. If he doesn’t, that’s fine, but I’m not going to ask him.”

“I like that,” says Rebecca. “Hey, why don’t we make a pact?” She sits up and stretches her pinky out towards Rachel. “We’re not going to ask anyone. No matter what happens, we’re going to wait for someone to ask us to the dance.”

The girls spend the rest of the afternoon reading magazines, listening to music and talking about what they’re going to wear to the dance.

Two days later the weekend is over and the pressure is on. There are only five days left until the dance. Everywhere Rachel looks, she sees happy girls who have a date. Rachel is in a state.            She finds Rebecca outside her locker.

“Have you been asked yet?” asks Rachel.

“No, Raych. Not in the last five minutes since you asked me the same question.”

“What if no one asks? What if we end up going alone? Even Stacey has a date already. Stacey. What if—“

Rebecca grabs her by the shoulders and looks her square in the eyes. “It’s going to be okay. Just breathe.”

Rebecca turns to close her locker.

“Becks, what if we had to ask someone? You know, just as a backup plan?”

Rebecca’s lips thin into a pale line. She stares at Rachel.

“We made a pact, Rachel.” She leans in now, kindness filling up her eyes. “It’s okay to be scared. I’m scared too. But so what if no one asks us. We’ll go together. That’s the worst thing that can happen. Personally, I want someone to care enough to come to me and ask me.”

“What if we’re the only ones that don’t have dates?”

“Then we’ll be the only ones who were strong enough to go without dates.“

Rebecca smiles and Rachel gives her a hug and then leaves for her next class. Rachel watches her go. She feels helpless, as if she sitting in a pot of water that slowly starting to heat up. 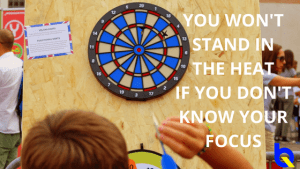 By the end of the next day, Rachel has just about chewed every fingernail down the quick. Everywhere around her she sees smiling boys and girls, holding hands and talking about the dance. She sees all the boys as numbers being ticked off an imaginary list of potential dates. Another one gone. Then another one. Then another.

“All the good dates are being snapped up,” she whispers in a croaky choke.

Just then she sees someone. It’s Thomas King. He’s an average boy, but he’s decent and he’s kind. Chances are, he doesn’t have anyone. She walks up to him. It’s her last chance.

“Hey Rachel, nothing much. Just getting ready to go home. I’m exhausted.”

“I’m sure. With all this talk about dances everyone must be tired.”

“Is that happening this week?”

Rachel forces a laugh. She wonders how girls can put on this ditzy act. “Yes, silly. It’s Friday night. Are you going?”

“I wasn’t planning on going. I was going to stay up all night and play my Nintendo. Super Mario Brothers has been whipping me and I want to finish the game.”

“If you’re going to be up all night, you can still go to the dance. Why don’t you go for a little while?” asks Rachel.

“I suppose I could, but none of my friends want to go.”

Rachel waits for an eternity as Thomas thinks about this. She’s back in the pot and now the water is bubbling. This is hard.

“Neither do I. Who says we need to dance. We can just stand there and hang out. What do you say?”

Thomas shrugs. “Okay, but only for like an hour. Then I’m going to get that princess out of the dungeon!”

Rachel walks away, breathing a sigh of relief. She doesn’t have to worry anymore. She has a date! She’s not going to be alone. But more than this, she’s learnt a valuable lesson: In life, whenever she feels the pull of strong emotions, it’s okay to change the rules. The pressure of being anxious isn’t worth the trouble of sticking to what you say you’re going to do.

Standing in the Heat Teaches Us 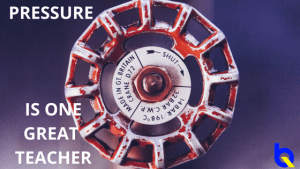 It was the day before the dance. Just about the whole school was buzzing with the idea of the big night. No one was in class, learning. Everyone was out in the hall, putting up decorations and turning the gym into a place where slow dance dreams come true.

In the days leading up to the dance, Rebecca had seen it all. Girls elated after they’d been asked to the dance. Girls wailing when a boy had rescinded an invite and asked someone else. Angry girls fighting over boys. Angry boys punching and pushing each other over girls.

Rebecca had suffered through many emotions over the days as well. She didn’t talk about them, but she felt them. No one had asked her to the dance yet. Anxiety slowly crept up on her. It was like a shadow that grew bigger the closer the dance came. But she watched that shadow and she remembered the promise she had made to Rachel.

She realised something important on this day, a valuable lesson: When emotions are high, they challenge the promises that we make to ourselves. This was a lesson that she would carry with her for the rest of her life. When times were tough and the world’s problems lay in her shadow, growing scarier each day, she remembered the day before the dance, where she had first seen herself making a choice: to stick with her promise…or to give in to the pressure. One day the pressure of the dance would be over and she’s be able to celebrate the fact that she had stuck to her promise.

How to Stand in the Heat 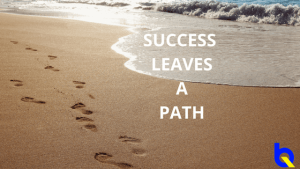 Does it matter whether or not Rachel and Rebecca went to the dance? No, it doesn’t. Not when we take the full picture of life into account. One moment doesn’t define the course of an entire life. But a single moment where we learn something does. And a moment where we make a conscious choice through that discovery makes an even bigger difference.

Standing in the heat is a powerful quality when you can use it. And you can only use it, when you know where you’re going. You can only use it when you’ve agreed to something that you want and stated what you’re willing to do to have it.

When you make a decision and you’re clear on what behaviours you’re willing to accept for yourself, that’s when you’re ready to Stand in the Heat. Unfortunately, that’s also when something is going to come your way, to challenge you.

For example, let’s say I agree not to have coffee for the next week. Why? Because I want to ween myself off stimulants. Okay, great. It’s simple. I stay away from coffee. I don’t drink coffee. When things get tough and I need something to wake me up in the morning, I don’t renegotiate the terms of my decision. I don’t make excuses and quit on the path.
I stick it out for a week.
And I stick it out because I remember why I’m doing this.
I stick it out because I remember the benefits that I’m about to receive from not drinking all this coffee.
Then, at the end of the week, I celebrate the victory.

Standing in the Heat is a pearl of a quality on your child’s road to success.

PreviousPersistence: How to Nurture it in Children
Next3 Questions to Inspire Your Child’s 2018