Growing the Qualities You Want Your Children to Mastery

Two girls grow up in the same crumbling neighbourhood. It’s a place where industry has left a long time ago. Prosperity followed industry out of town.  It’s a place where you’ll find overturned trashcans and stray dogs on just about every dirty street corner. Loud, distorted music bray from many windows in crumbling buildings. Babies cry and people are shouting and laughing. This is a tough neighbourhood where the sun doesn’t shine.

The two girls, Rachel and Rebecca, are both poor. They need to work and often fight for every scrap of food, clothing and love. They’re not fortunate children. Twenty years later, one of them is in prison and the other runs a successful business. How did that happen?

From the outside, everyone make look the same. They may look like they’re receiving the same education. It may appear as if they have the same circumstances. But there’s one thing that we cannot see. It’s the invisible. It’s the stuff that’s happening in their thoughts. The stuff that churns and shapes children, teens and adults, all day long.

Let’s head back to the story for more clarity:

Both children grow up in poverty. But each night, Rachel goes home to an empty house. Her parents are out drinking. It’s also safer this way because they’re mean when they’ve been drinking. She makes herself something to eat, sits in front of the tv and falls asleep. It’s been a long time since she’s slept well. Eventually she will forget what it means to dream.

Rebecca’s parents ask her to be home by 6pm. Her parents work two shifts at odd times, receiving minimum wage, but they make sure that at least one of them can be home in the evenings. They have dinner with Rebeca. Then they tuck her into bed and listen to all the challenges she has faced today. She’s had a long day and they know it. They listen and give her advice. They remind her of the woman that these challenges are shaping her into. She goes to bed feeling proud of the work that she has done. She goes to sleep feeling like she’s achieved something.

Our Experiences Don’t Define Us 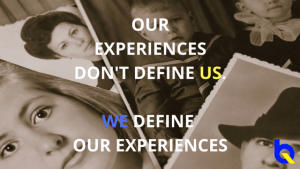 We may have a similar experience to someone else, but our memories will never define us. It’s the meaning we create from our experiences that sits in our memories.

Let’s head back to the story.

“In hell,” says Rachel. “Why do you think I’m in here? I didn’t get any handouts. I had to fight for everything. And I learned that no one is going to help you, so you need to take what you want. You can’t give a damn about people. Everyone’s only looking out for themselves. I’ve been in and out of prison since I was a kid. I’ve made a lot of mistakes. But no one cut me any slack. No one gave me a second chance. I’m in here because people turned their backs on me.”

On the same day, one of Rebecca’s new employees, Thomas, asks her the same thing.

“In hell,” says Rebecca. “Why do you think I’m in here? I didn’t get any handouts. I had to fight for everything. And I learned that if you want something you’ve got to earn it yourself. No one is going to magically take you out of hell. Not because they don’t want to. No, they’re stuck there, too! So, each day I learned to work a little harder, a little smarter, so that I could get out of that place, and take my parents with me. It was long and hard and I had to make some tough choices. I’ve made a lot of mistakes, but I’m here today because of those mistakes.” 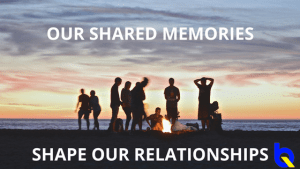 The women in these stories are in two very opposite positions. It’s an extreme example and I’ve used it for effect. We may have similar experiences, but each of us interprets the experience, the memory in a unique way. How we decide to see it will determine what sort of memory we have. Either it becomes a memory that weighs us down and makes us angry. Or it becomes a memory that inspires us.

Our Memories Define Our Relationships 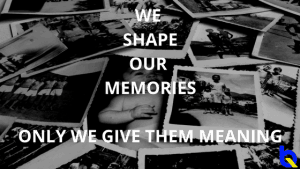 Let’s head back to the story again:

“Hey, Raych. You ever have a best friend?”

Rachel shuffles onto her side and props up her head. “I did. A long time ago. We were kids. We did everything together. Then one day she stopped hanging out with me. She became too good for me. After that, we drifted apart.”

On the same day, Rebecca throws a part for her social media marketing company, Jumpstart. The business is ten years old today and it’s stronger than ever. She sits down with June, one of her business partners. Together they share a drink.

“You know, Becky, I’ve never been close to anyone, but I trust you,” says, June. They clinked their glasses together. “To Jumpstart’s success.” They complete the toast. “What about you, have you ever had a best friend?”

Rebecca’s smile slips from her eyes. “I did. A long time ago. We were kids. We did everything together. We played in the park and on the streets. We did odd jobs here and there, making just enough to buy sweets. You know, June, those were some of the best times of my life.”

“So what happened to you two?” asked June.

“One day she wanted to cross the line. There was an opportunity to get into some petty crime. Simple stuff. Delivering messages and then packages. She asked me to join her. I told her I wouldn’t do it. I begged her not to do it, either. She ignored me. The next day I told her again to quit it, but she went back. It became a cycle. Eventually, she wouldn’t listen to anything I had to say.” Rebecca pauses. “Saying ‘no’ to her that day was one of the hardest things I’ve ever done. But I’m glad I did it.”

The Point of this Series 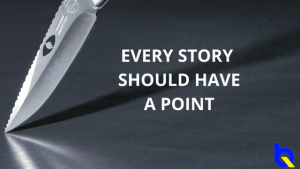 By following these two ladies in their experiences, we’re going to see the value of teaching children certain qualities. Most of these qualities are free. They don’t cost a cent. But the success they create are tremendous. Imagine these qualities as if they are seeds. You will need to plant them and nurture them in your children and grow their roots within your child. Once they take root, your child will be ready to implement them. That’s where success begins – in implementation.

Each week we will explore a quality or two and show you how you can start activating these qualities in your children.

Until Next Time…
Be yourself
Be Brilliant!

PreviousLessons from the Trail
NextPersistence: How to Nurture it in Children